Integrate a 3D text in a video, directly on After Effects with the new CS6 3D tracker, and its native raytracing engine.

In this new free video tutorial on After Effects CS6, we will focus on two main new features appeared with the version 11 of the software:

We will see how to make a 3D tracking on a video, directly using After Effects, without any plugins or third party software. The concept of 3D tracking is explained in the tutorial.

We will also see how to create a shadow catcher, to capture the shadows and make them appear on our videos, directly using the new effect 3D tracking. With a light corresponding to the true lighting, shadows bring realism to your compositing.

Finally, we will see how to activate the new 3D raytracing engine, to give volume to our typos, and get real 3D text directly into After Effects.

It has never been easier to integrate a 3D title in a video!

List of graphics cards certified by Adobe for GPU computing.
This article details the manipulation to use a card that is not certified, but this is to use at your own risk. This can crash your system seriously, therefore caution!

Recorded by Mattrunks
Published on 06 June 2012

Attention, for 3D text using the new rendering engine of After Effects CS6, make sure your graphic card is compatible. The project included is the demo featured on the result tab. The video is watermarked. 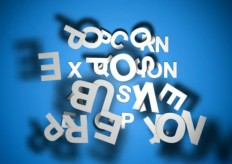 We will learn to perform a random text animation and dynamics.

hey thanks,but i can not download this video? would you please help me?

nice tutorial, btw i want to ask why after i created the light and shadow, the shadow not the text but full of noise, how can i solve this problem?

is it me or this video is always buffering ?! every 10 seconds! my internet connection is very good.

yeah, also for me!

Have you the buffering problem on this one ? http://www.mattrunks.com/en/streaming

Hello hello,
Are you a skateboarder? Its funny that a lot of people workin as motiongraphic designers or videographers are skateboarders.
Im a skazteboarder also and than fall in love with video and motion design and found out that manny people in that stuff are or were also skaters.
cheers bro.
Tomaz

hi! i have a problem, i doesn't let me select the auto shadow catcher..why?

I have a problem, i have downloaded the project but on AE cs6 on the preview ther are a lot of colors like pink and yellow and the font, but there isn't the enviroment and the other things...why?

hey thanks,but i can not download this video? would you please help me?

Hello
Hope your well, just a couple of questions regarding the Camera Tracking feature in AE;

I find that once I created a Solid/Text with camera, and try to add another Solid/Text by selecting the points, and right clicking, I'm forced to add another camera, which seems to mess the first solid/camera.

Is this a bug or your only supposed to create a solid/text with camera only once?
Merci

Man thank you for making such quality, efficient tutorials, not a dull moment and well enunciated. Please keep going!