Havana Heat, animation for Good Books by The Mill

Good Books , the online charitable bookseller, returns with a new video.
After the great Metamorphosis , here is their new animation: Havana Heat.

This video is part of the Great Writers Series, a collection of short films to promote the concept of Good Books, resuming the narrative style of famous authors.

This second short was produced by The Mill London, who has donated his talent for a good cause.
By the way, they have just won the best Post Production company of 2012 award at the LIA.
On the writing side, it's once again String Theory , the New Zealander agency behind the concept.

For the creative direction and illustration, there are two talented French!
Matthew Bessudo aka McBess and Simon Landrein. Both alumni Supinfocom currently working at The Mill London.

This video reinforces my thought on the return to traditional animation , or at least his style, and it doesn't displease me! Congratulations to both of you and the whole team that has intervened on this project, listed below.

written by Mattrunks
Published on 07 November 2012 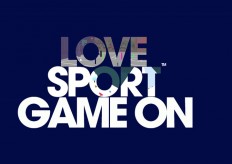 Hi, do you know which software has been used to create this video?

My, this is amazing. The texture, color, and story just make you feel like you're in Cuba. Wow.