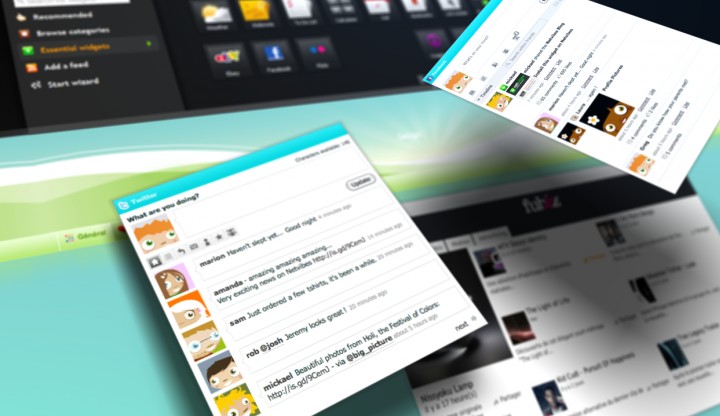 For a long time I had not talked to one of my pro work on the blog, so it is with some pleasure that I present to you my latest video production to Netvibes !

To celebrate the redesign of their homepage (soon online), Netvibes wanted a dynamic video presentation of their service.
Following the video I made ??for Fubiz.net ago over a year (Phew, it's weird!), Interactive Fubiz to the link between Netvibes and Sonacom , the company I am employed, for made a film in the same spirit: Short, rhythmic, that makes you want to try the site.

I want to thank the passage Franck and Karine , who were responsive and alert throughout the progress of this project, and who were able to provide quality graphics and a great storyboard, which greatly facilitated the process of reflection upstream Ah yes, and almost no mods except timing, short, customers like I would like to have every day! 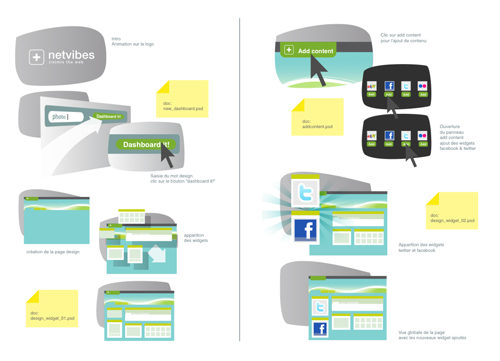 As this site is partly dedicated to After Effects, and this video is 100% fruit, as well give you some technical details and tips on a project like this:

This film, although short, is a kind of plan sequence, a fairly extensive overlap of multiple compositions into one, with one final report, no editing, I did not create a break and stay in the same dynamic at Throughout the advanced.
There is also that a single camera, and a single light for the entire project.
The project organization is very important. When it exceeds ten compositions, which is largely the case here, we must force them to be careful about naming, creating and storing folders in your project panel. It probably will seem "useless" at first, but will save you valuable time in the long run.

If I had my work cut out in stages, this would amount to:

-Prepare. Psd. Separate and label all the elements, each part of the site you want to animate must be isolated on a layer of pre photohop. Extend the work area. Basically, the design of a site rarely exceeds 1024px. But in animation, when the camera tilts, we change the perspective in the usual frontal Web pages must be broad, very broad. It is therefore necessary to stretch the funds for at least 6000px not be general, re-create large navigation bars, etc. ...

-Once. Psd pages of each prepared, you can import them into After Effects as a composition, cropping layers, and being careful to layer styles. Will keep the interaction with light can not, shadows will not be projected. If you want to keep a layer style, as in my case the light transparent contour of each widget, you will go through précompositions.

-Then comes the animation. We go all the layers of a page in 3D. But we do not create light, or camera. In the picture below, one will notice my right composition containing the photo page and all layers, and left the same page in perspective, with shadows, in the main composition, which contains the camera and light . 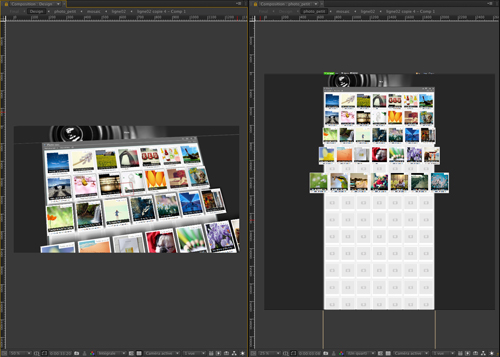 -Regarding the animation of the main camera, which walk on all composed of pages, I used the method Maltaannon: Single Camera Rig . It works great and makes the animation camera so much more intuitive and simple as it would really be a mistake to go in for such projects, or the camera and its motion plays a central role! Coupled with the excellent script Ease and Wizz is obtained without much difficulty great moves!

-Finally, when all anims savvy, depth of field adjusted throughout the movement, in short, once you find the video ended, a light pass of post production on the final component is never wrong! Layers of colored shapes with very diffuse the blend mode to color that goes a little shadow, a slight color balance, a small boost, and hop!

-We can launch the final rendering. And ...
Ben the course, it crashes! With such great compositions, a shade diffuses 200px, depth of field still active, motion blur, while the 720p, the little After Effects CS4, even on large octo core armored RAM, and although there can not!
And we feel alone .. Then we optimize it reduces its psd, create one liners, it compiles, and even doubles. For the final after a day of prerendered, leaving a file! Yes, it is also the joy of After Effects ;)
We deliver to the customer, and when happy, as was the case with this production, then we can throw all the cans of redbull still present on the desktop, and comes to rest, with the smile!

A bit sad that the project is finished, but happy! It remains for me to specialize myself in animation websites ^ ^

written by Mattrunks
Published on 12 April 2010 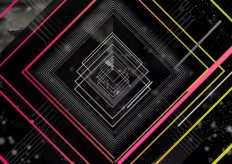 News from Lumbre, filled with keyframes